An industrialist, Mr Peter Popoola, has blamed the continuous slide of the Naira on the lingering refusal of many Nigerians to patronise the local Micro, Small and Medium Enterprises (MSMEs) in preference for imported items.

According to Popoola, the Vice Chairman of Nigerian Association of Small Scale Industrialists (NASSI) Lagos Chapter, who stated this while fielding questions on the forthcoming 6th NASSI (MSMES) Trade Fair, which comes up next Monday, May 13, to Friday , May 13, “from 1990 till now, thousands of MSMEs have closed shop due to low patronage. Many Nigerians , particularly, the middle and high classes, don’t so much patronise Made-in-Nigeria goods. They prefer the imported goods. When we get foreign exchange (forex), we don’t benefit much from it because they (some beneficiaries) redirect it outside the country. That is why you see the Naira collapsing everyday”, he reasoned.

Popoola lamented that non-patronage of the MSMEs is the root cause of unemployment in the country.
His words: “The purchasing power of Nigerian consumers is very low. Some local goods have NAFDAC, SON certification, yet some people would not buy them. But unknown to them, they are creating unemployment in the country; they are killing Nigerian industries and building the foreign ones that produce the foreign goods. And it is still the same set of people that would say: there is no employment in the country. So where the employment will come from? Those who invested in the economy now are not getting returns on their investments. They borrow money, they can’t repay because they are not selling their products. If you have factories; if you have industries, before you can make headway, you need to mass produce. You borrow money, you start to buy machines; produce en masse. And now you are not selling. Up till yesterday, I still got calls from people who said they have closed down their factories and they didn’t know what next to do again. One of the reasons they are closing down is because of poor patronage from fellow Nigerians. . Let’s redirect our reasons for purchasing, let’s buy made-in-Nigeria goods”

On the reason for the NASSI Trade Fair, organised in conjunction with the Lagos State government, Popoola said these MSMEs do not have money to market their goods “because marketing is expensive. They can’t even attend international exhibition. Participation in international exhibition is also expensive. The trade fair is to expose our members’ products to the market. You all know that sale is the blood of every business,” he added.

The Nigerian Association of Small Scale Industrialists (NASSI) has called on the Central Bank of Nigeria (CBN) to release... read more

The Lagos State government has restated its commitment to supporting operators of small businesses in the state. Governor Akinwunmi Ambode... read more

The Federal Government has been urged to give greater support to Micro, Small and Medium Enterprises (MSMEs) in the... read more

The Nigerian Association of Small Scale Industrialists (NASSI) has restated its commitment to the growth and development of small... read more 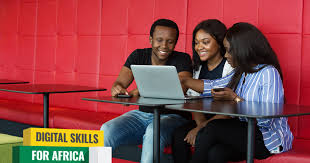 TAKE YOUR BUSINESS TO THE NEXT LEVEL!!!

Attend a Special Digital Skills Training for SMEs by Google and discover how to use digital technology to enhance... read more

Citing the need to reduce dependence on importation of goods that can be substituted locally, the Nigerian Association of... read more